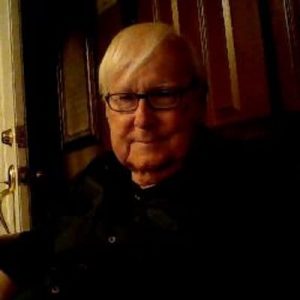 Bob was committed to Democratic activism and social justice issues over many years and in many ways!

Working as an Associate Instructor of Political Science at Mount San Jacinto Community College from 1990 until recently, Bob provided guidance for so many future Democratic political activists. He was also previously employed as an Instructor at Chaffey College and Riverside Community College.

Bob was one of the original founders of the Democrats of Greater Riverside (DGR) in about 2003, and he served in many capacities within that Democratic organization including: President, Vice President, Policy and Research Chair, and Elections Chair.

As an active member of the Universal Unitarian Church of Riverside, Bob served in a variety of capacities including: President of the Board of Trustees (2003-2004), General Member of the Board (2015 – 2017), and Chair of the Social Justice Committee for a number of years.

Bob became actively involved with ICUC (Inland Congregations United for Change), the Inland Empire affiliate of PICO-California. He went on to become a member and later President of the Executive Board of PICO-CA, which is the largest grassroots community effort in California. PICO (Pacific Institute for Community Action), a national organization, is now known as Faith in Action.

In January 1999, following the shooting by law enforcement of Tyisha Miler on December 28, 1998, Bob helped to create the RCPA (Riverside Coalition for Police Accountability), a grassroots organization that continues to be an active interface between the Riverside police department and the community.

Over the years Bob has been involved in many other causes as well including: Chair of the Human Relations Commission (1992-1994); Chair of the Riverside Mental Health Association (1984-1985); Chair of the Senior Services Advisory Board, Hartford, CT (1973-1974); and Chair of the Alcohol Dependency Coalition, Long Beach, CA (1972).

Bob, his leadership, political and community activism, and mentoring will be missed by so many. He served as a wonderful role model!